Dream, Believe and Make it happen

“Pull Kaniungan kecil” is the name of a small island located in the biduk-biduk region in berau, East kalimantan Indonesia. One of the extremely offbeat place in the world and soon to become a over-crowded tourist spot in quite a few years, this island is unheard off even to many native indonesians.

As the name implies the small island when viewed from boat.

With only the boat driver along with two of us, the island looked deserted. The local fishermen are well aware of the receding tides. As you stand in the waves you can feel the drift of water from the island towards the sea, as if water is continuously flowing like a river from the island to sea. There are no waves and the water is crystal clear about a km surrounding the island. This makes the island an ideal place for snorkelling.

As soon as we got into the water these fishes swarmed us. They were jumping out of water in a group and their movement was was very patternistic like an army attacking an enemy. They swarmed towards us (around 10000 fishes) and smelt us and then receded from us within few seconds, even before i could turn my camera on. Once the fishes felt safe, the group dispersed and swam along with us. All these happening only in a knee deep water, just within a 10 feet from shore. 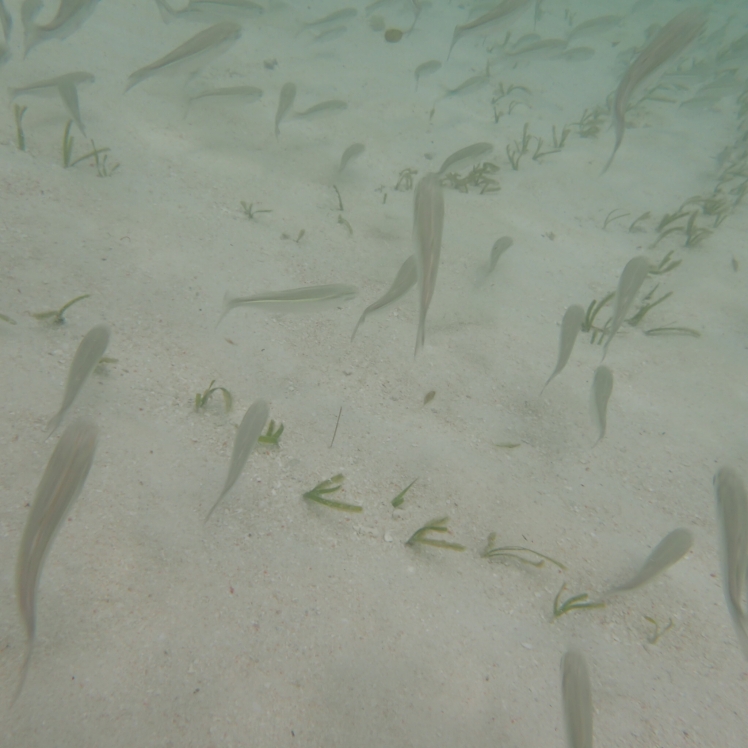 fishes that swam near us

We snorkelled in only two feet deep and this is the sight. As we reached the island late, during the receding phase of water, we could nod spend much time. We were totally unprepared due to lack of information regarding this island.

Tried some underwater photography and snorkelled for some time.

Nearest Aiport: Berau(Kalimarau) . 6 hours drive from airport to teluk suleiman. From there hire a boat(about half an hour)

By land: Directly hire a cab from Balikpapan. It takes approximately 15-16 hours.

This site uses Akismet to reduce spam. Learn how your comment data is processed.

Follow Dream, Believe and Make it happen on WordPress.com

THIS SITE IS ABOUT ME, MY CREATIVITY, MY IMAGINATION AND MY FEELINGS.

Explore India with Us

Post, news, diary... All the world around me, ALL THE WORDS AROUND YOU

Somewhere in the cosmos

A Best Of Life

Live the best of your life

A Traveller's Guide to the Planet

Biking For Health And Fitness

Travel Guides to Destinations Around the World

Live life in a livable environment.