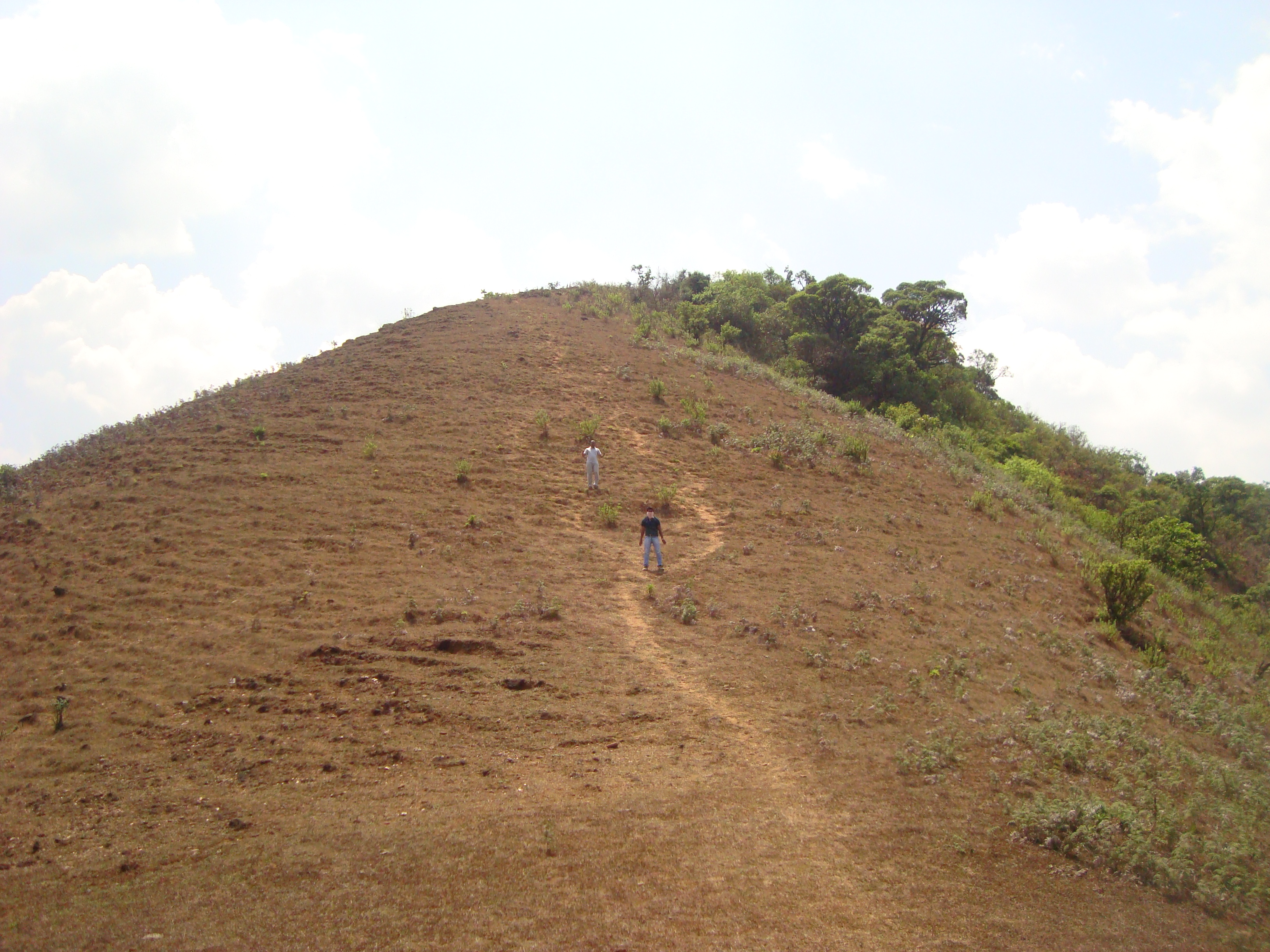 A trek just happens when you are in  the company of right people, who likes travel and adventure as much as you. We were all going to one of our friends marriage at somewhere near hyderabad and we started from managalore. The journey itself is 1200 kms by land in car. The entire journey up and down along with sight seeing manjarabad fort, trekking jane kallu, sleeping, and attending friends marriage, visiting belum caves and then reaching home took only 48 hours. Quite an unplanned trip but an extreme success. So here you are going to know about a hill named “jane kallu” which we know only on the way. Quiet famous with the locals and the regular trekkers of the region, but not familiar name to anyone outside the state of karnataka.

We just visited the manjarabad fort in sakleshpur and enquired with locals of any other sight seeing spot nearby. We were told to go to “jane kallu gudde”. It took an hour to locate the place and then our trekking to the hill began.

The place was very remote and quiet deserted. There was nobody to enquire enroute. However on nearing the site, few children were roaming here and there and they guided us to the correct route. Our driver was also very resoursefull man. He was very enthusiastic to take us there. There was a temple at the beginning of the trek.

There is a small office and a pay and use toilet also. This is very useful for locating the place as there is no other landmark.

There is a temple and it was also locked because it was noon time. We were happy in having a group photo there. This is also near to the office. Note these landmarks for your safe return. Incase you are lost , it will be very difficult to find even water for drinking. The place is so remote and devoid of humans, although many people live there nearby in scarce populations.

There are many different paths and you can choose depending on the time availability and physical fitness among the people present in your group. All of us were working in construction field and quiet fit. We made our climb very easily. Infact the trek seemed like we were walking in a flat road. The only pitfall is , we were doing it in the dry season under the scorching sun. The area looked very green from top and the temple could be seen from top.

The same temple where we took our group foto.

Our friend Mathews was the first to reach top soon folowed by others.

We soon took some photos and wanted to leave soon, as the place was very dry, eventhough from the top the area around looks very green.

“Jane kallu gudde” is near the town of sakleshpur(100 kilometres from mangalore).

The place is very good for trekking throught the year, in both summer and rainy seasons.