Hampi -A documentation work in stone-I 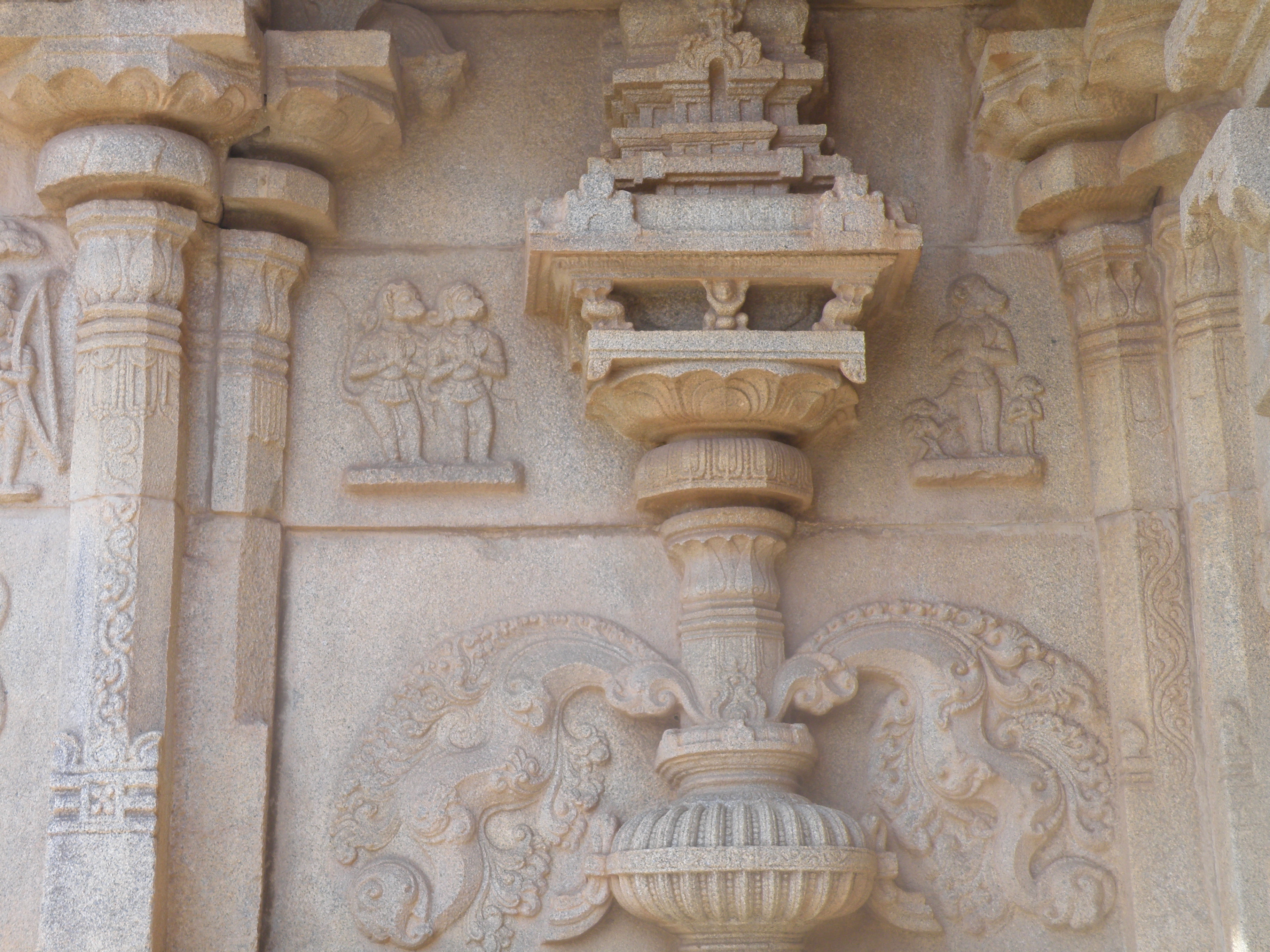 The name “HAMPI” will be written in golden words in every backpacker’s diary. If you want to go to 14th or 15th centuries go to Hampi, in india. Hampi is a historically amous city rules by the the vijaya nagara kings. The ruins of this great city spread over 46 kilometres is still there as a witness to the glorious past of the vijaya nagara empire. Hampi is budget travellers paradise.

The chariot made of stone is one of the beautiful masterpieces of the sculptures of the vijayanagara empire in the 15th centuries. It is a just a small version of the famous sun temple of konark.

The ugra narasimha statue is half broken when the vijayanagar kingdom fell in the hands of its invaders. Yet still the angry expression is quite visible from the sculpture. Life is short but art is long.

It is a small building made of stone, shaped beautifully.

This decorated pillar describes something which we are not able to understand. This work was done in the 15th century. It shows two angels or apsara’s floating in the sky and watching something. Clearly all three adults are watching some thing inside the pillar or rocket or somebody(may be their leader) inside the rocket pillar. The artist has sculpted something like gas leaking from the bottom. It cannot be an imagination beacuse, such a thing is not required in a temple or a place of worship.

This is yet another way of providing information through sculptures. The information provided is however yet to be undeciphered. Documentation was done through stones, however message was not understood.

Another simple sculpture but the face seems to be alien. The sculpture is partially damaged but conveys the shape clearly. Did our ancestors have seen the aliens or a differnet kind of species lived along with us?

There are many stories abound in india, but lack of documentation is a big drawback. documentation done through stone is a great way of conveying information to the future generations as they are going to long last and sufficient time will be available to studying, infering, understanding  these stone documents.

In the three figurines in the centre, one of the faces is not human. Just like we are cross breeding plants, ancient alines must have experimented with humans. This is a depiction of the same.

The man has something in his hand with which he is fighting or taming the horse. The ratio of height of the man and horse in the present ere is same as that of 500 years ago.

It is clearly not an horse on which the other people are sitting and watching the event.

A distant view of the erstwhile city of Hampi. A stone watch tower, Large temple complexes, hill top complexes made of stone are all history now. Even  500 years after it was destroyed, the city still serves the people not only as a remniscient of a glorious past but as a backpacker’s paradise at present. Hampi is the place where most new backpackers prefer in India.

A stone work which could not be completed on time. An elephant was sculpted from a stone and how the rest of the waste pieces are removed from the stone is not known. Present method method of sculpting says, remove unused material first, whereas this 15th century artifact says quite opposite.

There are many such things in Hampi, which needs time to study. a person has to stay long and spend enough time to decipher these stone documents. There are musical stones, complicated Pin hole cameras made of stone etc.,

Hampi is not only a documentation in stone but a backpackers paradise, An archaeologist treasure trove. A common man, an archaeologist, a historian, an architecture enthusiast, a sight-seer, tourist and a traveller – all of them can be happy at a single place and that is Hampi.

3 thoughts on “Hampi -A documentation work in stone-I”