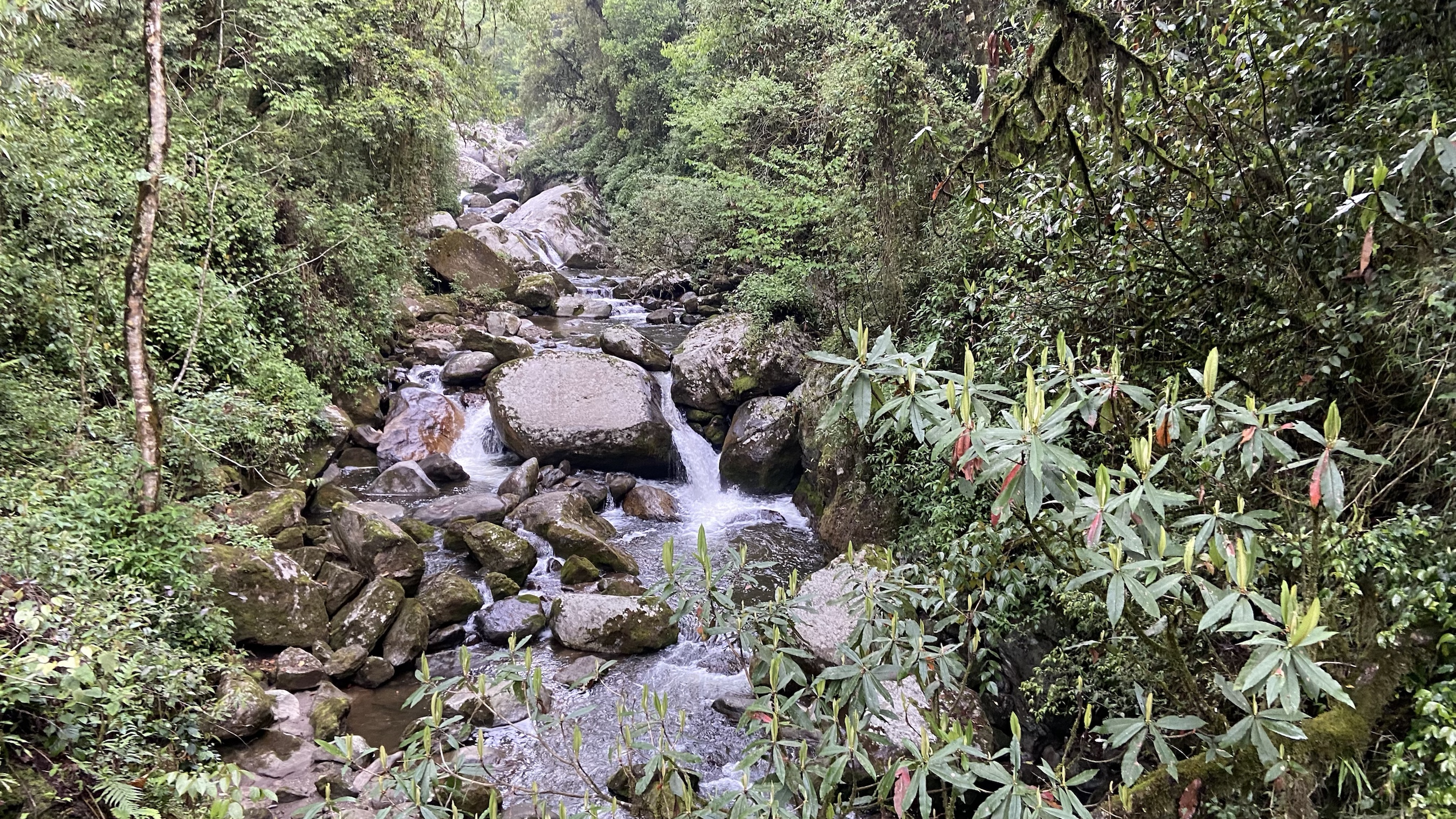 I have been longing to do an ultra run since a decade but did not find enough time to practice. Fortunately now I can afford that time for running. I registered for one of the toughest events namely ‘THE HEL RACE’ in December-2021 and the event was supposed to happen in mid April of 2022 and suddenly there was lockdown in January-2022. I had planned for a cycling brevet in jan first week and then give full attention to running till mid April. Both the events got postponed and worse I ended up relaxing instead of training. I knew the organisers may announce anytime the cancellation or may also conduct immediately after the reopening after lockdown in which case I may have to do without much practice with likely weight gain also. The cycling brevet was announced on mid feb and I participated in the event with late finish tag. The hell race was postponed to may first week due to the maintenance work in runway in the nearest airport. In between I participated in one more LRM in April which also ended up DNF. After 2021 lockdown I have gained 20 percent weight and could not bring it down. The weight gain has affected my running speed though not my endurance. I was in dilemma whether to participate or not. However six days before the event I booked my flights and prepared myself mentally for the event.

The organisers have made the following mandatory for all runners from their past experience and it was really must based on my experience too.

Nearest airport is at Bagdogra(Sikkim) – 122 km

I have been to Darjeeling 14 years back and it was one my first road trips.

A 2.5 hours flight journey from Chennai landed me in bagdogra. Enroute I met few fellow runners. Two of whom where 60+ year olds and are going to run with me the 65km trail run and out of that one person is from my own home town and came there in the same flight as me. Five of us started the journey from airport to rimbick. We started at 4:00 in the evening and reached at 11:00 in the night. All of us were staying at different places but close by. I stayed at Hotel sukhim, another best decision of me to stay there. Got to meet some excellent people. Next year when I go there, I am sure will stay here only.

Pre race day: I tried my new running shoes and ran a 12 km distance up to the first aid station point and back to room using the gpx map. Felt confident after the run. Went to the bib collection spot and showed the mandatory gear for inspection. Post lunch there was a briefing session and some insights which will be useful for newbies like me.  Had five meals during the day which I felt is not sufficient. I ate momos, rice and dhal, chapatis , potatoes, chicken. Went to sleep early. The very first mistake is I did not organise my things properly and straightaway went to sleep.

Race day: We are supposed to be at start point half an hour before the race. The start point is only 500 metres away from where I was staying. I woke up at 3:00 am in the morning. It took 35 minutes for me to get ready and had to miss my breakfast. I carried bread and peanut butter and bananas, which were not sufficient for such a long run. Ideally I should have got at 2:30 am to prepare myself better, i.e. atleast 1.5 hours before the start of race.

The initial excitement was high and I ran along with other runners. The elevation gain was mentioned as 37 m which is tricky. Inactual we had to climb 118 m(65 m climb, 24 m climb  and 29 m climb) followed by a total descend of 87 m(32 m descend, 31m descend, 24 m descend). Within a 6 km distance we climbed 3 times and descended 3 times. Drank some electrol and water and had a banana after reaching the aid station and proceeded after a very short break of 2 minutes.

There was no descent in the entire stretch. Since everyone were with me I did not lose hope. The climbs were very much steeper and I hadn’t encountered anything like this before. With four climbs (168m, 54m , 16m, 144m) I reached gurdum.

The organisers have told during the briefing not much resources will be available at this point. It is quite understandable. Even water can have to carried manually. There is not motorable access to this place. There was no descent in the entire stretch. With three climbs(243 m, 245 m , 225 mi reached the forest hut. Met some nice fellow runners on the way. Couldn’t cope up with them though.

For the first we felt relief since it was a descending trail. However I was about to go in wrong route when a fellow runner guided me to the correct one. I was tired and hungry and already looking for the next aid station where rice will be provided.

Sabargram marks the halfway distance. And clearly it appeared I wouldn’t reach this place on time and had to discontinue the race. However some fellow runners rushed past me and also motivated me. I was very desperate for a break but couldn’t afford.  There were five climbs ( 42m, 14m, 69m , 88m, 100m) and it appears we are forever climbing. With five minutes away from cutoff time, I reached sabargram. A cloud surrounded me and I started shivering after I stopped running. Had an half an hour break which proved very costly for me. I wore wind jacket to avoid shivering.

I was running alone the entire stretch. Not able to give my best after having stomach full. Later I learnt from other finishers that you are supposed to carry sufficient sandwiches to eat on the way and not to take full lunch as I do in cycling. By the time I reached phalut it started raining. I still have to run 28 km in 6 hours with mot much elevation but descent. However things changed due to hailstorm and rain.

It took 3 hours to complete this stretch as I had stopped twice because a yak was standing on the way and I was alone and waited for the yak to leave way or some fellow runners join me. Only the former happened. I was alone for half the stretch and finally joined with 4 others. Once we reached the aid station at samanden, we are asked to forece quit for safety reasons and also by then I have lost hope to complete on time.

We ate noodles and 6 six of us were sharing our experiences and waiting for rescue. There was lot of discussion with the organisers and they were asking us to stay there itself since we are in wildlife territory, bears might attack and not letting us to go the nearest spot from where vehicles can be arranged. Some of us have booked flight the next day at bagdogra and so we resisted. Finally with the support of local guides we managed to reached ramam, from where vehicle was arranged and dropped at out respective hotels. Meanwhile we became DNF celebrities in whatsapp group and everyone was worried about our safety. Finally i reached my hotel at 2:00 pm in the night. I was offered food, but I dint take. It was a mistake.

There were photographers all along the beautiful scenic trails and volunteers helping us at each aid station. Thanks to all of you guys and also the organisers for selecting a beautiful trail route.

Also I felt I needed a proper GPS watch. The phone recording results were not good except the distance and elevation which was captured accurately. I did not record my heart rate.

I am sure I will go back to Darjeeling again for the trail run next year.

One thought on “My first ultra running experience”