A day trip to Hirakud 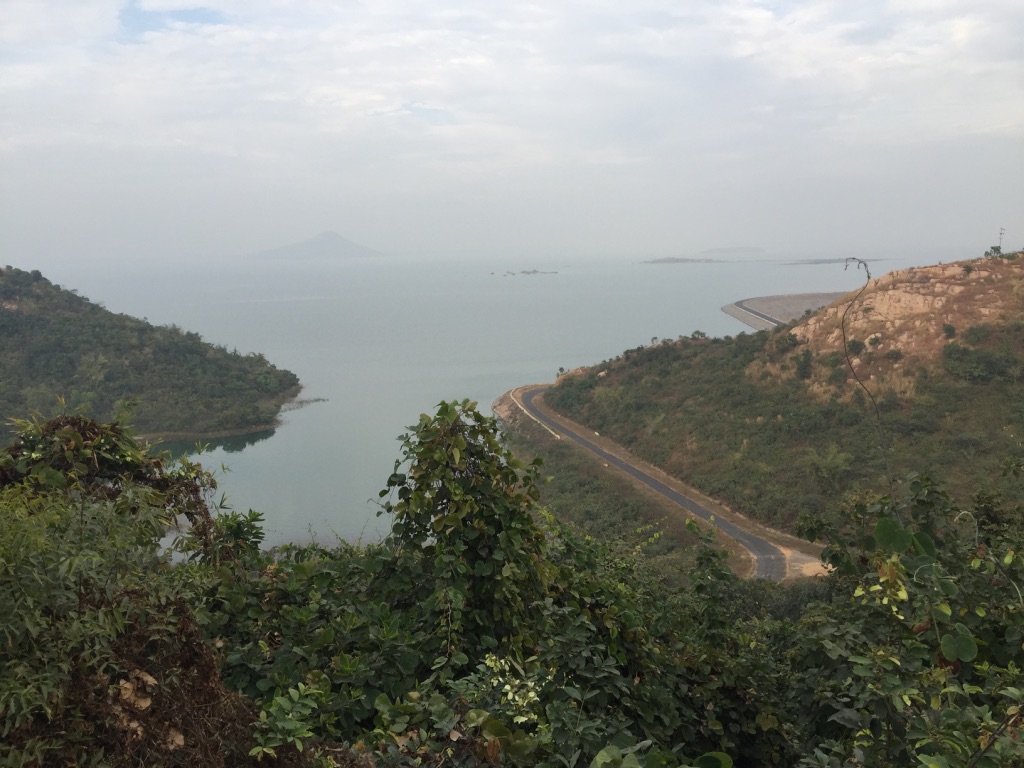 Hirakud is a small village situated on the banks of the river Mahanadi. ‘Maha’ means great and ‘nadi’ means river. As the name indictaes the the river is really big. I could not sight the othe end. It looks like it is as big as the sea.

Hirakud can be reached easily from the industrial town of sambalpur, odisha. The dam constructed across this river engulfed many villages and temples. Around 200 temples have got submerged and i got to know that they are vsisble when the water level drops during the summer days.

The thing that appears like road is the hirakud dam across river mahandi. To get a view from the top goverment has constructed a small minar from where yu get beautiful views of the surroundings and the magnificent view of the mahandi river.

This minaret is named as gandhi minar and is perched on the top of a hill. You can either use machine power or muscle power depending on your willingness. I walked from the bust stop to this minar. It took about half an hour to reach this point.

The climb was very easy although many chose to go by road. The views on the way are also breathtaking. You find that the continuation of the river is on the other side of mountain too.

The mahanadi river on the other side of the mountain. Looks like a sea but its not.

Viewed form the top of the gandhi minar, the rectangular nehru park can be seen adjacent to a lake created by spillways.

Nehru park is adjacent to the hydro station and the watering of the plants are done using the dam water.

Nehru park is a nice picnic spot for the people living in sambalpur as well as adjacent villages and small towns. The number one activity to do in sambalpur is visitng Hiraku dam and spend time in the park. There were lot of roses of different varieties and colors.

And then while returning from from the minar, you can see the following pictures.

What appears like bamboo is completely made of cement and also what appears like the wooden slab is also of cement. The finishing works were so fantastic and the illusion it creates is marvellous.

One thought on “A day trip to Hirakud”